My Weight and Me

I remember, distinctly, being about 5 years old and staring in the mirror whilst my mum was getting me ready for school. I know the age because I was getting into my red gingham school dress, a distinct memory from my time living in Fareham.

I looked in the mirror and saw myself, a child- no, a young child, with a belly to match and said

I can’t really remember what happened after that- I’m sure she talked me down from the edge, but that’s when the obsession with my body really began, and I’m happy to say it’s ended some months ago.

I remember in ICT class in Year 7, two of the popular girls comparing their weight. One was 40 kgs and one was 37. They were 13.

I was born to inherit my mother’s body type. The build of your body is very much determined on your parents, I’ve learnt. My sister and brother, both long, lean and athletic, took after my father. Myself, curvy and shorter, took right after my mum. Our bodies are literally the exact same now I’m an adult, but for so many years I was unhappy with my own.

I remember in Year 9, another girl in school consistently shaking her leg whilst we sat next to each other in class. I asked her why she was doing it- she had no tremor or anything wrong with her. She replied

Growing into my teenage years, I developed breasts earlier than others. I got called chubby and rumours circled around that I stuffed my bra. They were all me. I hated them for being so protruding, unable to hide them. Even with the mass sexual awakening that happens in school at 14/15 when the opposite sexes suddenly start to notice each other, I was never comfortable with myself in that way- never wore anything low cut or sexually appealing because I just didn’t see that in myself.

Then, one night at dinner when it was just me, my mum and my sister, I sat, empty bowl in front of me asking for more and my sister with a half-full bowl saying she’s full up already. Then my mum shouted out

‘For God’s sake, I’ve got one daughter who eats too much and one who doesn’t eat enough!’

And this is just from the people around me. The people who love and support me, the people I know and talk to and spent years with. This isn’t even from the media.

What I’m trying to get across is, everyone has issues with their bodies the start of day one of acknowledging that that lump of flesh is your own in the mirror. And that’s just what it is. A lump of flesh.

I’m not even going to go into the media’s influence (Love Island for example) but it is horrible the effect it has on young girls and boys who think they have to look a certain way to be presentable.

The first dramatic weight difference I can remember was when I was 18.

I was quite depressed, therefore wasn’t watching what I was eating. I would have nachos after school for a snack pretty much daily. To be frank, I didn’t give a shit what I put into my body.

Then, I moved out all on my own. I moved out for 4 months to our house in Northern Ireland and got myself a pretty cool job. But, it was the first time living all on my own. Nobody to cook for me or to guide me. I had no idea what to eat and no self control. So I ate junk food. Absolute crap. Sausage rolls and cupcakes for lunch and takeaway for dinner. And once again, I didn’t care. It tasted good, so why not.

The weight piled on. When I went from Northern Ireland to University in London, I was 93kgs.

Then, I decided to do something about it.

But what I decided to do wasn’t healthy in the slightest. I stopped eating, basically. For lunch, I distinctly remember I’d have half a pack of cherry tomatoes and a little balsamic vinegar then for dinner 2 Snack-a-Jacks.

And sure enough, because I wasn’t eating, the weight started to shove. I went down to 75kgs in a few months. Not a very healthy way to do it, or speed to do it. It was painful too, the constant hunger, the constant jealousy of skinny people. I wanted to be them. I got it into my head that if I was skinny I would fall in love and have a happy ending. That would be it!

But I was wrong. I stayed at that weight for a while, then started to put some on when I was depressed. I turned to bulimia to help manage myself and control what I was eating.

And then I got better. Therapy, self control and an awareness that what I was doing was just another form of self harm all helped and I was okay and stable.

I stayed that way for a couple of years, then my ‘big’ break-up happened and I had a sudden and desperate need to loose weight, to prove myself and him that I was so much better than what I was when we were together. I know now that weight does not equal worthiness.

I tried yo-yo dieting. Consuming nothing but Skinny Coffee Club and Slimfast shakes till I was so hungry I felt faint at work. I calorie counted to the extreme.

But once again, it worked.

Yet the thing about those diets is, when you come off of them, you do actually start to put weight back on because your body goes into shock with the sudden amount of food you’re consuming after being on milkshakes for months.

And then, I plateaued. And that was 6 months ago.

I'm not going to tell you what weight I weighed myself at last time (around 6 months ago) because it's honestly not important.

And I’m happy to say I’ve been happy ever since.

I’ve learnt to love my body. Its been a long journey, a journey of blood, sweat and tears, but I’m finally here. I can look in the mirror and think ‘hey, I look good today’ or ‘I’m sexy’ and genuinely believe it. I don’t know what changed in me, but I’ve felt a change. A move towards self love and acceptance. I’m never going to be Kate Moss skinny and I’m perfectly okay with that. Lots of people find me interesting, lots of people think I’m funny. My friends and family love me, people think I’m attractive and sexy. And best of all, I think all of those things of myself.

What I’m trying to say is, don’t change yourself for anyone else or for the media or instagram or anything. You are you because you’re you. You, yes you! You look fantastic.

And one thing about my job is, I see a lot of women, I style a lot of women. I see them stand in front of the mirror every time and analyse every bit of themselves and criticise themselves. Never once do they give themselves a compliment. They’ll say things like ‘I don’t like my bum it’s too big’ or ‘my arms are too fat’ and to be perfectly, completely honest, I just don’t see it. I don’t see what they’re talking about. Honestly.

So you there, you are beautiful. I hope one day you’ll love yourself if you don’t already and if you do, well done you! No matter what size you are, you’re sexy and interesting and a fantastic person. 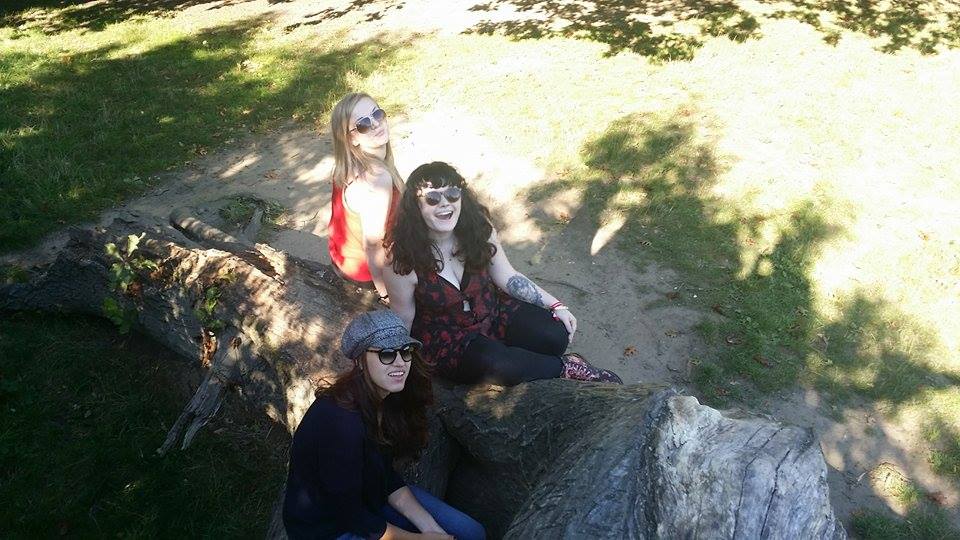 What Will Be The New Normal?

mid-size gal with a dream

of body positivity for all

and a lifetime supply of